We hosted a public panel discussion with the speakers detailed below. The transcript is available here. 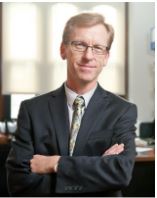 Anthony Bebbington is Higgins Professor of Environment and Society and Director of the Graduate School of Geography. He is also a Research Associate of the Centro Peruano de Estudios Sociales, Peru and a Professorial Research Fellow at the University of Manchester. Tony’s work addresses the political ecology of rural change with a particular focus on extractive industries and socio-environmental conflicts, social movements, indigenous organizations, livelihoods. He has worked throughout South and Central America, though primarily in Peru, Ecuador and Bolivia, and more recently in El Salvador. He is a member of the US National Academy of Sciences and the American Academy of Arts and Sciences, and has held fellowships from the Guggenheim Foundation, Center for Advanced Studies in the Behavioral Sciences, Stanford, the Free University and Ibero-American Institute of Berlin, the UK Economic and Social Research Council, the United Nations Food and Agricultural Organization, the Fulbright Commission and the Inter-American Foundation. 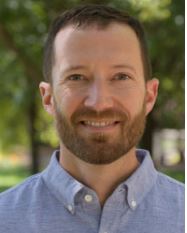 Trevor Birkenholtz is Associate Professor, Geography and Geographic Information Science at the University of Illinois, where he is also Affiliate Professor in Women & Gender in Global Perspectives and the Unit for Criticism and Interpretive Theory. He is a cultural and political ecologist, and development geographer. His work links the political economy of access to and control over environmental resources, and ecological change (political ecology), to issues of technology, knowledge, and social power, more typical of research in science and technology studies (STS). To date, he has advanced these concerns by investigating the transformation of groundwater-based irrigation, and urban and rural water supplies in South Asia. He also serves as Environment and Society Section Editor for the journal Geography Compass. He holds a PhD from the Ohio State University. 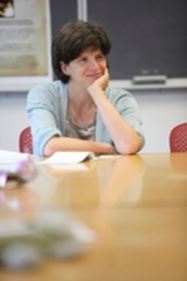 Elizabeth Ferry is Professor of Anthropology at Brandeis University.  She has studied the politics of making and unmaking value in gold, silver, and specimen mining and the circulation of mined commodities in Mexico, Colombia and the United States. She is currently working on two book projects: one on artisanal gold mining and uses of gold in Colombia in conjunction with her brother, photojournalist Stephen Ferry (forthcoming, Editorial Ícono/Red Hook Editions) and another on the material semiotics of gold in finance and mining, based on fieldwork conducted in Mexico, Colombia, the UK, and the US.  At Brandeis, she teaches courses in economic anthropology, power and violence, Latin American ethnography, media in Latin America, and the anthropology of food.

Roopali Phadke is a Professor of Environmental Studies at Macalester College. She is a political scientist working at the nexus of environmental studies, science and technology Studies (STS) and development studies. Her research focuses on energy and climate policy, citizen science, community based research methodologies, and participatory technology assessment. She is currently the principal investigator on a NSF-sponsored study on rare earth mining in the United States.  She also recently completed a NOAA-GLISA funded project on diversity and deliberation in urban climate adaptation called Ready & Resilient. In 2015-16, she was one of the co-organizers of the Worldwide Views on Climate and Energy Project,  sponsored by the Danish Board of Technology to provide citizen input into the Paris COP21 Summit.