The Mines NASA Robotic Mining Competition team, Team HADES (Helluva Autonomous Digging and Excavation System), was given the challenge of creating a mining robot for simulated lunar operation that complied with the NASA Robotic Mining Competition rules. The goals of this competition are to 1) Create a mining robot for the excavation of icy-regolith 2) Promote public outreach in the community 3) Develop extensive reports and perform detailed engineering analysis.

The primary goal of the mining robot is to excavate simulated lunar ice located below 30 cm of BP-1 lunar simulant and return this ice to a collection site. There are three primary areas within the robot’s simulated lunar environment: For the mining run, NASA has put limits on robot set-up time, mining time, and robot extraction. These time limits require the robot to be efficient in its navigation and mining because missions on the lunar surface will have tight timelines and no room for error. The table below shows the allotted time for each critical task. Special thanks to all of our wonderful donors!

The NASA Lunabotics Robotic Mining Competition is an annual event that takes place at Kennedy Space Center in Florida. The competition puts a number of teams against each other to see who can develop the most innovative and effective lunar mining robot, with the end goals of producing competent young engineers and developing new technologies that can be implemented on future lunar rovers.

In the past, teams at the Colorado School of Mines have attempted to utilize many different excavation methods. 2019’s team, Kobold Interplanetary Resources, utilized a bucket wheel system as their means of extracting material. In 2020, however, NASA drastically altered the size and mass requirements for the robot’s stowed position. Team HADES decided to further pursue the bucket wheel concept with their own take on the idea.

The Design Matrix our team used was heavily influenced by reviewing the performance of multiple teams in previous years of the competition. The advantages of the bucket wheel system stood out compared to other approaches. A visualization of each concept can be seen in the included images. There was a nearly equal score between transverse and parallel bucket systems. Our team decided that the transverse bucket wheel concept was the best option due to the ability to reuse design components from the 2019 Mines Robotic Mining team.

Although autonomy is considered the cutting edge of modern robotics, it offers many challenges, especially in a simulated lunar environment. In reviewing the performance of other teams that competed in past competitions, the number of failures associated with autonomous operation were numerous and severe. These failures were result of the extraordinary difficulties that present themselves while attempting to implement autonomous controls in an environment with restricted localization capabilities. This highlighted that a reliance on autonomous operation would expose the robot to a high risk of failure. With limits on time, budget, and personnel, it was decided to prioritize teleoperation first to ensure that a functional robot was delivered on schedule. The collection and unloading subsystem transports material from the bucket wheel into a hopper with a mesh bottom surface. Through passive sieving, unwanted BP-1 dust is dropped through the mesh bottom and falls underneath the robot. To assist in dumping, the hopper is mounted on a scissor lift inspired linkage system driven by a linear worm gear actuator. This subsystem can be seen below. The chassis features a planar main body constructed from 8020 aluminum extrusion with vertical mounting posts in various locations. Additionally, custom machined motor mounting brackets are included on the bottom side of the chassis. All 8020 corners are reinforced with corner brackets (not shown) to provide structural rigidity. The chassis can be seen below. The drivetrain consisted of four independently driven wheels that were coordinated via software to allow maneuvering of the vehicle. Each electric motor had a planetary gearbox that gave an 80:1 reduction of motor speed, and also a proportional increase in torque. If a situation dictated, each wheel can be rotated independently to get out of trouble. The figure below displays each of the four motors and gearboxes connected the robot’s wheels. The power subsystem was comprised of all the electrical components necessary to power the robot for the duration of its mining run. This includes the batteries, motor controllers, computer, emergency shutoff switch, and capacitor. Significant design consideration went into the integration and mounting of all electronics components in an effort to have easily accessible components, balanced weight distribution, and optimal heat paths for components that could potentially become hot. A solid aluminum sheet was used as the primary mounting material in addition to 8020 aluminum extrusion for simple integration. All metal components have a layer of thermally conductive electrical padding to prevent ground loops. The controls subsystem consisted of all components required to implement teleoperation and/or any components of autonomy. The main control unit utilized for this project was a Fitlet 2 mini PC which can be seen below in Figure 20. This PC was custom designed for our application and included upgraded RAM, industrialized operating temperature range, an industrialized input power range, and a fanless shockproof and dustproof enclosure. These additions were included in order to ensure reliable operation in conditions that would have been seen in the competition. Increase computing power allowed Team HADES to implement data heavy computer vision algorithms if time allowed. The Fitlet computer was connected to the rest of the electronics using its own power supply. This was determined as necessary after testing showed that our capacitor was unable to supply enough power to compensate for sudden large power draws from the motors. The fitlet was able to communicate with all of the rover’s motor drivers with the use of an Arduino mega. This Arduino included many PWM capable GPIO outputs that were able to easily be integrated with the power systems.

As of the mandatory prototyping seizure caused by Covid-19, team HADES’s mining rover was at a state in which about 90% of design and CAD had been completed, and about 50% of fabrication had been completed. Throughout the build process, critical subsystem components were being tested to validate expected performance. It was discovered that the bucket wheel concept worked very well at extracting a mixture of materials representative of the BP-1 Lunar simulant and icy regolith, however, some issues were found with the trapdoor mechanism that warrant a re-design.

Future progress on the teleoperation system should include working towards a more accurate and error free signal to the robot’s movements as well as implementing computer vision and autonomy to the robot’s functionality.

However, most other subsystems showed positive results during testing, and it is our hope that the NASA Robotic Mining Competition team of 2021 can finish what was started and win the competition. 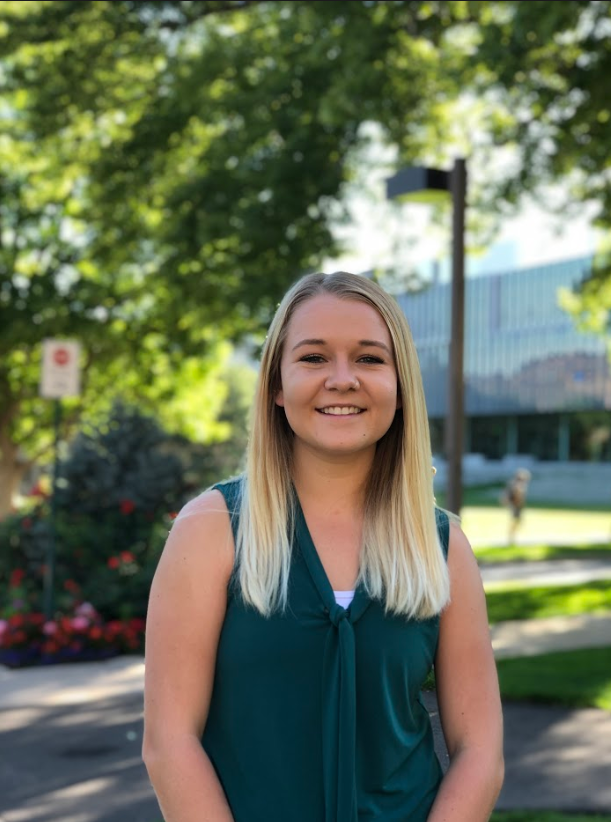 Chelsea Meilner is a senior at Colorado School of Mines studying Mechanical Engineering with a focus in Aerospace and Planetary Science. She is the President of the Mines chapter of Golden Key International Honour Society and a member of the McBride Honors Program, through which she is receiving a minor in Public Affairs. She has had work experience in Computer Aided-Design and analysis as well as international communications. 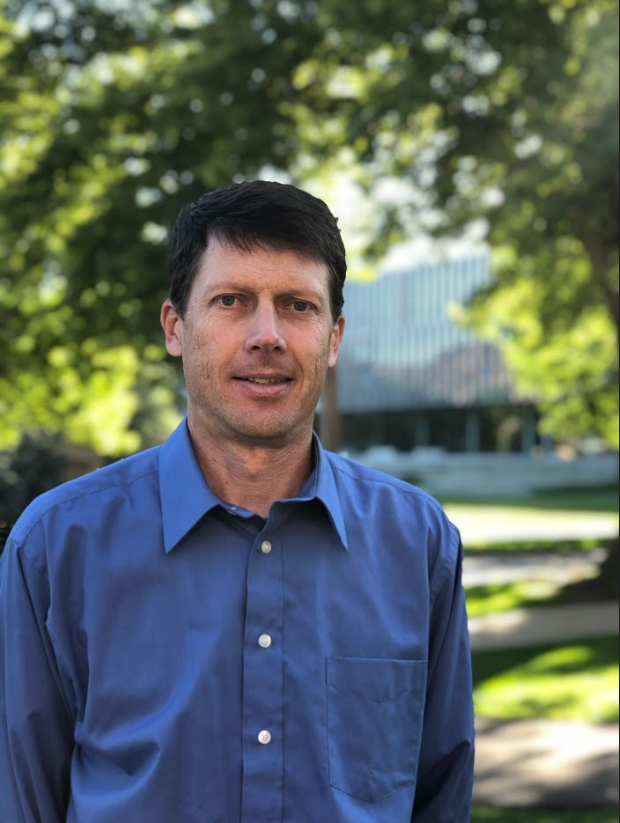 David Briddle is a senior at Colorado School of Mines studying Mechanical Engineering. David brings multiple work experiences to the team. He has worked in Antarctica at the South Pole helping Raytheon build the new Amundsen-Scott Station, served as Chief Mate on a 160 foot square top-sail schooner that has sailed across both the Atlantic and Pacific oceans, and as a lift mechanic for the Breckenridge Lift Maintenance Department helping service and install multiple lift projects. 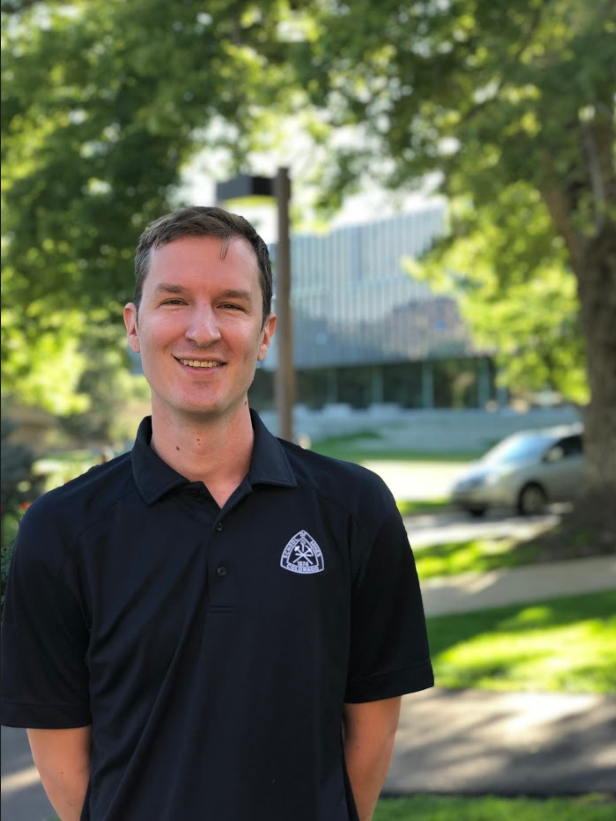 David Shay is a mechanical engineering senior experienced with space resources, testbed design and construction, as well as lunar rover design. In addition to a research assistant position at the Center for Space Resources working on Optical Mining, David was the Power Systems lead for the Mines 2018 NASA RASC-AL team which won every award in the competition category of Lunar Polar Sample Return Architecture. 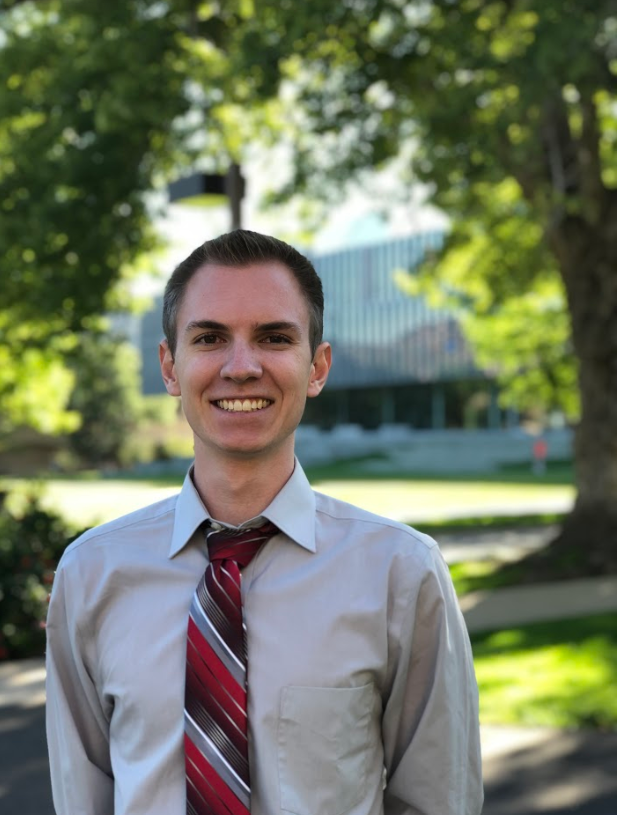 Isaac Pittel is a senior at Colorado School of Mines studying mechanical engineering. He has supported Mechanical Solutions at Ball Aerospace for two years as an applications developer and software QA tester. He has experience with experimental manufacturing methods, topology optimization, CAD, and analysis. Isaac plans to work as a design engineer in aerospace after graduation. 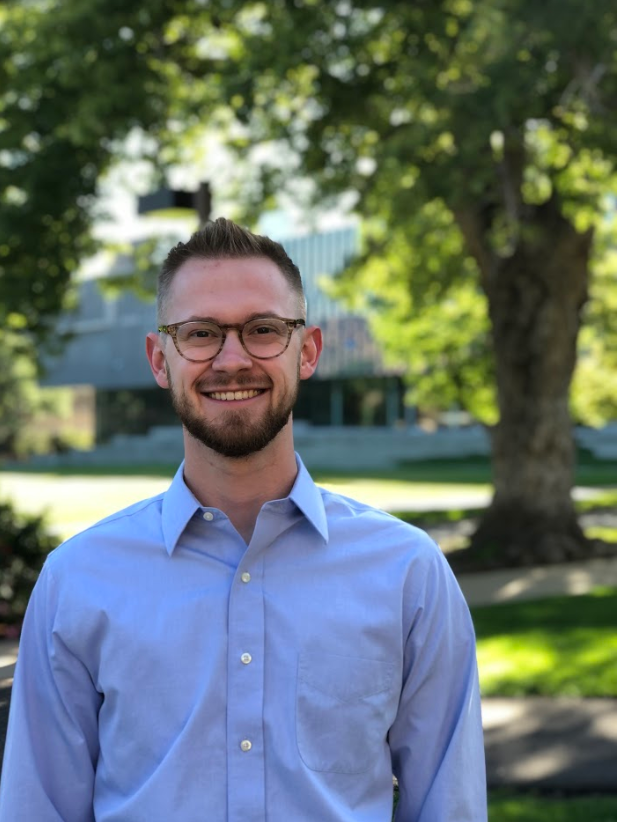 Joseph Duebner studies mechanical engineering at the Colorado School of Mines with a minor in applied mathematics and coursework in explosives and underground construction and plans to continue his education with the Space Resources program at Mines. Joseph has experience with the systems engineer role, practicing DevOps ideologies, model-based systems engineering, and writing product requirements as an intern for Northrop-Grumman. He also has experience with drafting and design, technical writing, and product testing. 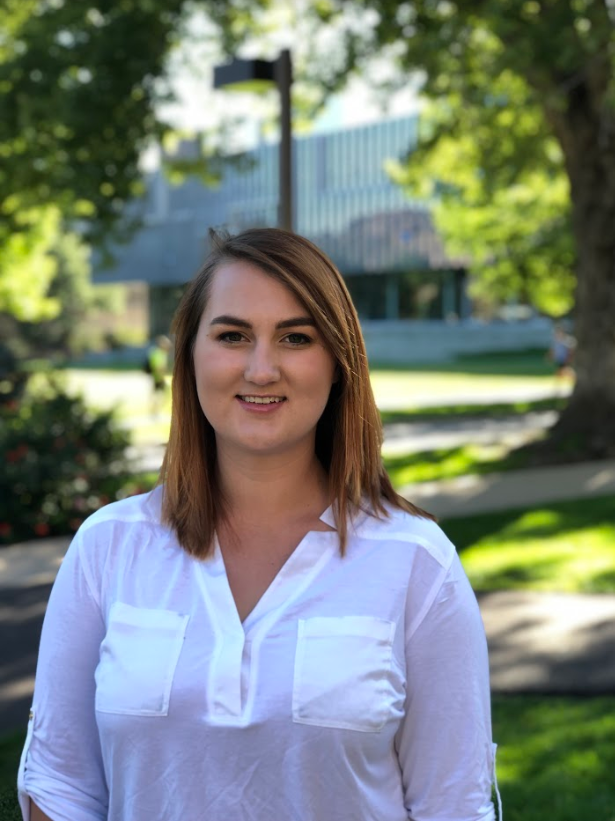 Meghan Cameron is a senior in mechanical engineering with a minor in mining engineering at the Colorado School of Mines. Meghan has experience in scheduling and project planning after her internship at Kelley Trucking Inc. She also interned as a reliability engineer for Freeport-McMoRan. Meghan will continue to focus on mining technology after graduation. 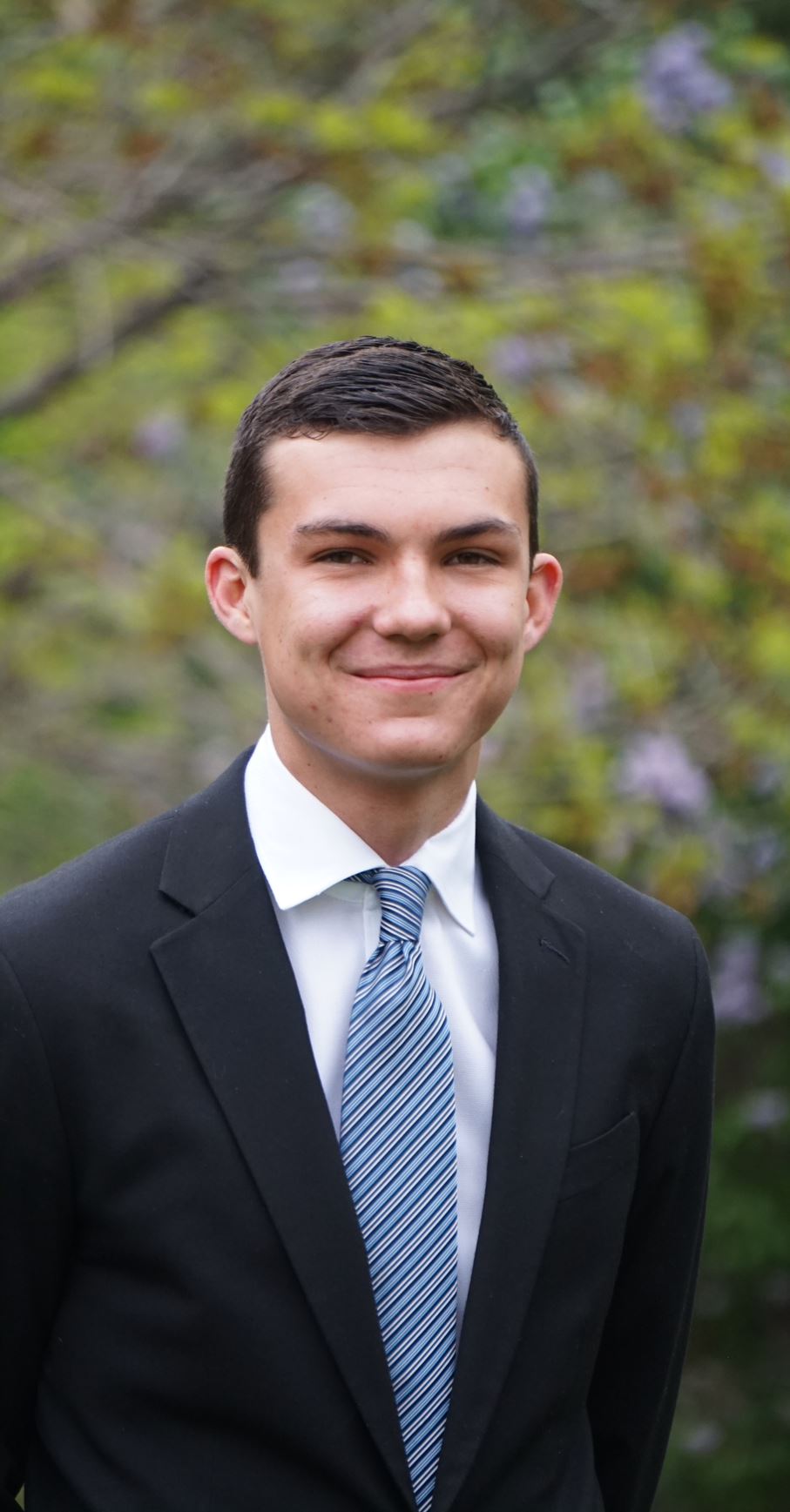 Parker Steen is finishing his senior year studying mechanical engineering. Parker has experience working on space systems projects such as the development of lunar surface architectures and an optical asteroid mining test bed. This experience has been gained through his positions with the NASA Swamp Works lab, the Center for Space Resources, and Lunar Outpost. 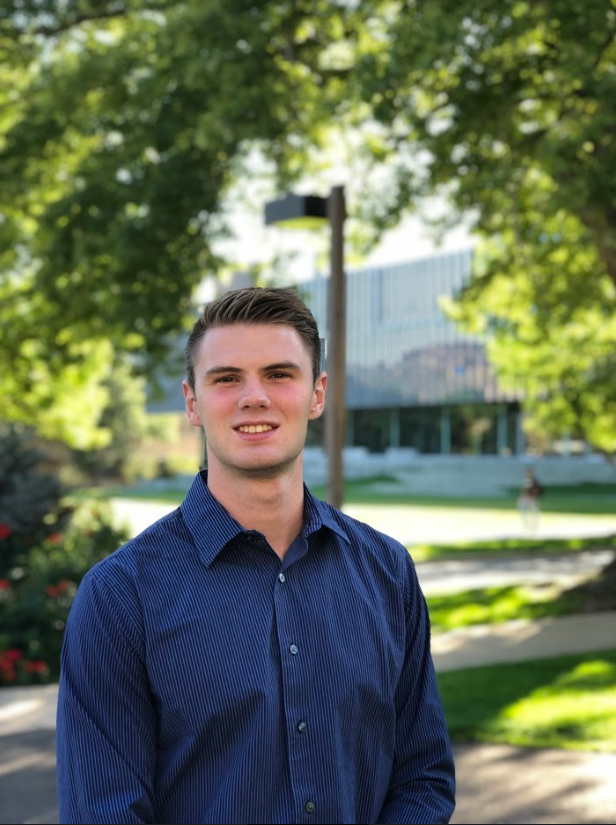 Peter Wilson is a senior mechanical engineering student who is also minoring in computer science at Mines. He has significant experience in the aerospace industry which includes internships with NASA and Lunar Outpost, an aerospace start-up company focused on building a small-scale lunar rover. Pete has extensive mechanical design experience in collaborative team projects such as 2017 Mines Innovation Challenge and the 2019 Manufacturing Innovation Challenge. 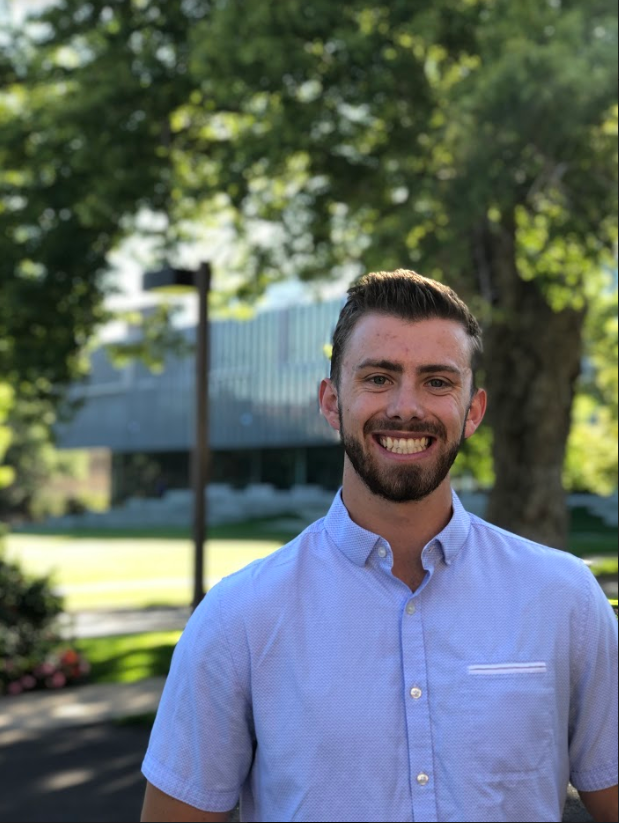 Van Wagner is a senior mechanical engineering and computer science student. He has experience in the aerospace robotics industry and currently works with Lunar Outpost, a space startup located in Golden, CO focusing on autonomous lunar rover prospecting. He also has extensive group project experience after several successful extracurricular competitions such as the 2017 Innovation Challenge, 2018 Havard Makeathon, and 2019 Manufacturing Innovation Challenge. 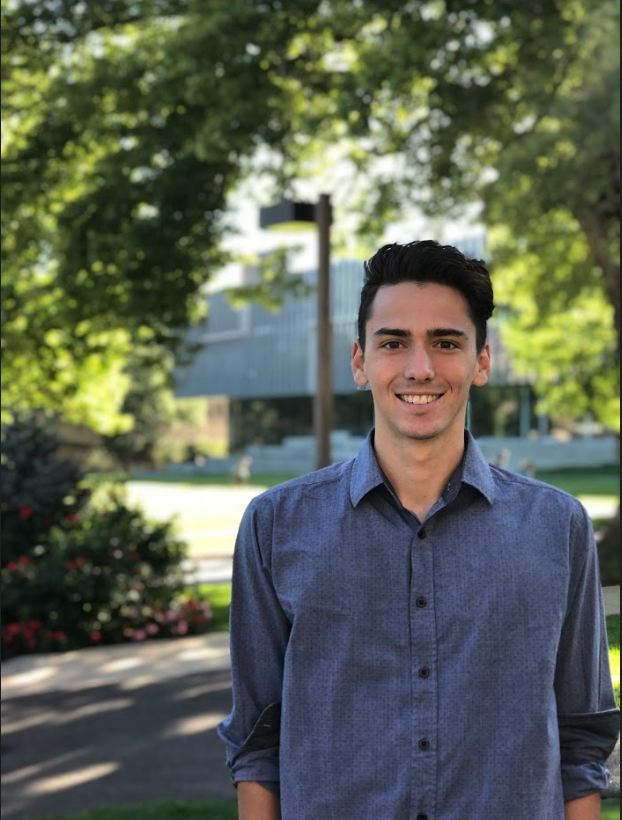 Vincent Workman is a senior at Colorado School of Mines studying Electrical Engineering with an emphasis in Digital Integrated Circuits and Electronics. He has experience in computer engineering and sciences through employment with Colorado School of Mines Information Technology Lab Team as well as leading the Controls and Simulations subsystems for the 2019 SEED lab design at CSM. Vincent has extensive experience with Computer-Aided Design through a multitude of Electrical Engineering projects at CSM.